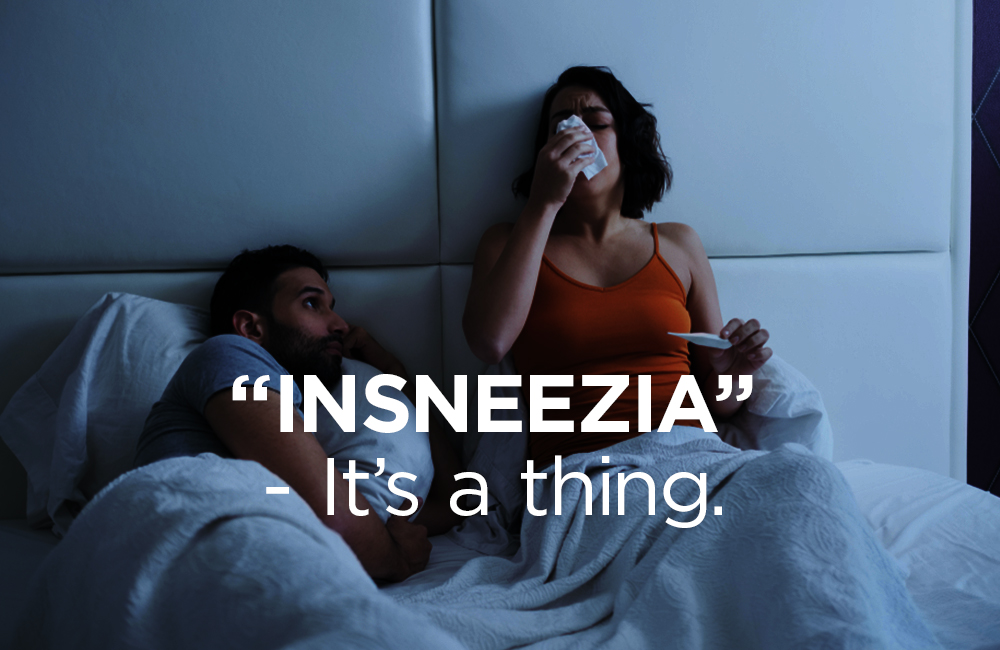 As the warmer temperature encourages the release of pollen in the air, more than 11.4 million hay fever sufferers are losing sleep over a phenomenon known as “insneezia”.

Nicole Jennings, spokesperson for Pharma Dynamics says many allergy sufferers experience a worsening of hay fever symptoms at night, which leads to insomnia.

“The term, “insneezia” refers to a combination of insomnia and sneezing symptoms that plague about two thirds of hay fever sufferers.

“Higher pollen levels are typically associated with daytime when temperatures are warmer and plants release pollen into the air, but research done in the last few years suggests that elevated concentrations of certain airborne pollen are also high at night, and are in fact comparable to daytime pollen values.

“Insneezia is usually the result of pollen that rises into the lower atmosphere during the day and then falls back to the ground as the temperature drops in the evening. Certain types of pollen are more likely to find their way into the air during the evening due to their size, while some plants release pollen later in the day, which exposes hay fever sufferers to higher levels of pollen at night.”

Many studies point to hay fever symptoms as the primary contributor to disrupted sleep and daytime drowsiness. Sleep disturbances affect about 88% of children who suffer from hay fever and between 48% to 68% of adult sufferers. That’s a lot of sleep missed considering that plants pollinate for up to nine months of the year.

Jennings says it’s a myth that hay fever only occurs in spring. “South Africa’s pollen seasons vary from one province to another. The season typically starts with the flowering of trees from August to October, after which grasses take over. Depending on where you live, the grass pollen season can last up until April/May.

“Pollen is a fine powder which circulates in the air and irritates the eyes and airways when inhaled through the mouth or nose. About 30% of South Africans suffer from hay fever, which is also known as seasonal allergic rhinitis.”

Nasal congestion, a runny nose, sneezing and itchy eyes are all symptoms that keep hay fever sufferers from getting some shuteye.

She says this season has been particularly bad. “Tree pollen levels have tracked consistently high in Gauteng, Cape Town and Bloemfontein since the start of spring, but there are ways to ease symptoms.

“Knowing how to manage pollen allergies during the day and night will be your best defense against insneezia and will ensure you wake up refreshed in the morning,” says Jennings.

For more info on how to treat allergies or any questions you may have, visit www.allergyexpert.co.za
ENDS

Issued by Meropa Communications on behalf of Pharma Dynamics.